This novel is something I have always wanted to do. I suppose that I am not much different from most lawyers. We all have a novel in there somewhere, just waiting to emerge on paper. I put it off for years. Then I stumbled on an idea that I read in the paper about some people being mugged on the bike trail and the mugger taking their keys and stealing their car. I run on the bike trial quite a lot, so it caught my attention. I had already thought about the idea of a lawyer being held in contempt of court. It can happen. At that point I was off on an adventure that just developed over time.

At the outset, I must say that all of the people in the book are fictional. If you are looking to see if anyone you know is included in the book, you won’t find it here. There are no intended or unintended references to any living persons. Any such similarity is just coincidence. As to the plot line and the various stories or events, I can say that most of them are based on experiences I have had or have heard from others. I have always changed the facts from these stories so that they are not the same. A few stories are pure creations of my mind based on what I loosely felt might be plausible.

I hope you like the book. You can find it on Amazon. Just type in the name of the book and it will pop up. It is available in paperback and Kindle. www.amazon.com.

Michael Zorich is a fifty-four year old trial lawyer in Sacramento, equally at home in the criminal and civil courtroom. He is still coming to grips with the death of his wife who died of ovarian cancer five years ago. Their only son, Peter, has graduated from college and is starting to make his career in the business world. He met his law partner and best friend, Denny, in law school. They have a small but thriving practice in Sacramento. And Mike has a new woman in his life.

One day he is mugged on the American River Bike Trail and the bad guy takes his keys and then steals his car. When Mike gets home, he finds out that his home has been ransacked. Later his office is burglarized. He has no idea who is behind any of this. Mike’s luck continues to go bad when he is held in contempt of court by a judge for no good reason. Then things really go bad. The police authorities are not much help as all as the events happened in different jurisdictions. So there is no coordinated attempt to solve any of the crimes. Mike is left to himself to figure things out before someone is killed.

As I said above, I started with this news item in the paper about a mugging on the bike trail. I then progressed to what a former public defender might think. Could it have been an old client? Most defense lawyers think every now and then about old clients who were sent off to prison. Could any of them seek vengeance? I think that a lot of deputy district attorneys have the same thoughts. There have been some ugly incidents in Sacramento when former clients have sought out their lawyers and have done some very bad things. Maybe that is why most lawyers tend to prefer their privacy.

The main case in the book is about a business partnership dissolution. I have been involved in too many such disputes and have read about a lot more. So there was a lot of material I could use. From my years in the Public Defender’s Office, I knew firsthand of most every crime imaginable so getting ideas for that part of the narrative was pretty easy. I worked on this book for over several years. I started by just writing. The old axiom is that you should write about what you know. Plus, I love to read legal stories. So, the genre of the legal mystery, made famous by people like Scott Turow, John Grisham, John Lescroart and Michael Connelly was the obvious choice for me.

I have gone through numerous revisions of this book. Revision and editing of a story were a completely different experience for me. Mainly I had to eliminate sentences, paragraphs and whole chapters. I had to whittle the story down to the point that I thought it made sense and flowed.

When my manuscript was beginning to get into a more cohesive form, I had a professional editor take a look at it. She made several very good suggestions, all of which I incorporated into the final version. I also asked several others to read my book and they gave me very helpful suggestions. They were all very generous with their comments. I can’t say that I followed all of their suggestions, but I certainly did appreciate them. My wife reviewed my manuscript many, many times. Her assistance was invaluable.

When it is all said and done, I can say that writing this book was both hard and fun. I was learning about writing at the same time as I was writing. I made mistakes and did not even know they were mistakes until much later. Hence, the need for many revisions. At the same time, there were a good number of occasions when I was writing that I was very excited. I could just see the story unfold before my eyes. There were also times when I figured something out, how to solve a dilemma or how to make a transition, that were very satisfying. I enjoyed it all. My goal was to create an interesting and cohesive narrative that any reader, whether versed in the legal world or not, could enjoy. Not sure if I achieved that. I will leave that up to the reader.

When I thought my manuscript was in final form, I sent off “queries” to over forty publishers and agents. All of them politely declined to take on my book. I had already expected this as it is not all that unusual for unknown authors to have a hard time with the big publishing houses or established agents. So I began researching self-publishing and spoke to some friends who had done this. I ended up with Amazon’s self-publishing arm, CreateSpace. I must say that it has been a pleasant experience. Just about everything is done online. They helped me with the Kindle version as well.

I will never make much money in this endeavor. Nor will I become famous or win a Pulitzer Prize. That was never the goal. Even putting it on Amazon was not something that I had originally planned on doing. My goal was simply to create something, to write a story and to see it through to the end. I have accomplished that much. 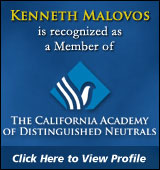 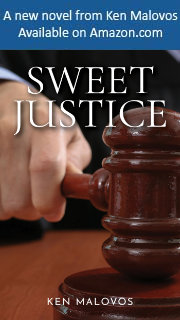 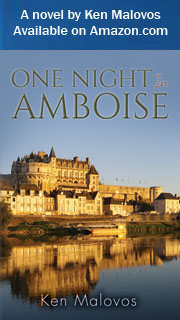 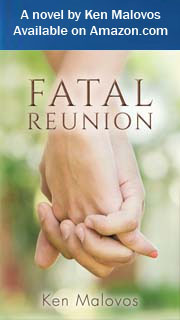 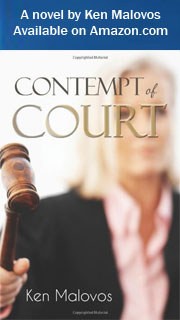